The Road to Character is a book I bought and read a couple of years ago.

A good book should be read more than once and is often more significant second time around, so I pulled it up on the Kindle, dusted it off and began e-flicking through it once more.

This book is deep. In fact, it’s a book about depth. Character depth to be precise.

It’s not a ‘how to’ book as there is no book that can help you develop a character. In the words of the author, it’s a book on what the road to character looks like.

The author is David Brooks, New York Times columnist and political pundit who has written a few books before including the bestselling, The Social Animal.

I like Brooks. I don’t agree with a lot of what he writes in his columns but watch him speak and he’s a warm, funny and self-effacing guy.

The Road to Character was very much a personal journey for Brooks and he readily admits that throughout his life he has focussed on the external (career, money, status etc) rather than developing internal qualities and virtues.

On the latter, he believed that since he wasn’t harming anyone and people who knew him thought he was OK then he didn’t need to prioritise developing his character.

Instead, he would focus primarily on what he calls the Résumé Virtues over the character-building Eulogy Virtues. It’s these two sets of virtues which are the premise of the book.

Brooks argues, and I agree, that in today’s society we are encouraged to focus on the external over the internal. Our résumés (the skills you bring to the job market) over our eulogies (what people might say about you at your funeral). But ask anyone what’s more important, he says, and most will agree that the Eulogy Virtues are what count.

The Résumé Virtues are Eulogy Virtues often contradict one another. To make the point, Brooks references the book which helped shape his thinking on the matter. The 1965 book by Rabbi Joseph Soloveitchik, Lonely Man of Faith, notes two opposing sides of our nature called Adam I and Adam II.

Brooks modernises both Adams to thus;

Adam I is the external, résumé Adam. Adam 1 wants to build, create, produce, and discover things. He wants to have high status, be independent and win victories.

Soloveitchik says we live in the contradiction between these two Adams and this is what The Road to Character is primarily about.

Though Brooks is no libertarian and understands the benefits that people with Adam II capitalistic qualities bring to society through science, technology, healthcare and bringing people out of poverty.

The Road to Character allows the reader consider their Ecology Virtues in a society that prioritises the Résumé Virtues.

There’s a passage in the book which, for me, distinctly outlines the differences between Adam I and Adam II.

Throughout the book, Brooks references his heroes. Historic figures from the past who overcome adversity to nurture both their Adam I and II. Two examples include;

Samuel Johnson, born with all kinds of illness. Deaf in one ear, blind in one eye and later developed what seemed to be OCD and Tourette’s Syndrome. Despite the odds, he became one of the most important contributors to English literature.

Frances Perkins, who after witnessing a fire at a Manhatten factory where factory workers jumped to their death instead of being burnt to death dedicated her life to worker safety.

While heroes of Brooks, the middle chapters sometimes seem like fillers because you can understand the gist of the book in the first and last chapters. Still, these examples allow the reader to understand ways in which people have the journey on the road to character.

There are these types of people around today too. You just don’t hear about them because they aren’t promoting themselves on social media or bragging about their exceptional morality. They’re quietly going about their day being who they are.

Embracing their Adam II comes naturally to them. They don’t have that internal struggle like we (I) do. For the rest of us, however, we have to wrestle with achieving success with doing the right thing. Sometimes they go hand-in-hand, other times they’re in conflict with one another.

The Road to Character is a reminder of deep down what we all know.

External achievement, while important, will never fulfil internal satisfaction. A lot of outwardly successful people find this and either go on to a life of disarray or begin to focus on their Adam II.

Audrey Hepburn springs to mind. Arguably one of the most well-known Hollywood actresses, she left the glitz and glamour to dedicate the rest of her life to her family and humanitarian work. Bill Gates is another one too. 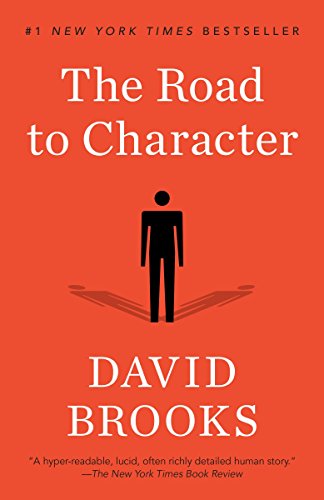 The Road to Character
View on Amazon

Ste ‘Stephen’ Davies is a digital strategist, consultant and speaker. You can reach him here or follow him on Twitter below.

Close
Send this to a friend