Rand Fishkin is the founder of SparkToro and was previously co-founder of Moz and Inbound.org. He’s dedicated his professional life to helping people do better marketing through the Whiteboard Friday video series, his blog, and his book, Lost and Founder: A Painfully Honest Field Guide to the Startup World.

When Rand’s not working, he’s most likely to be in the company of his partner in marriage and (mostly petty) crime, author Geraldine DeRuiter. If you feed him great pasta or great whisky, he’ll give you the cheat code to rank #1 on Google.

1:51 Rand introduces himself, his background and what he’s up to at SparkToro.

3:59 Moving from an SEO specific role at Moz to a broader influence-related one with SparkToro.

15:05 Rand’s Twitter algorithm experiment where he found it prioritizes comments over retweets and likes.

17:37 If Instagram hides likes will it impact third-party companies that depend on using them for data?

22:42 Ste asks Rand if he thinks we’re moving into an era where ‘traditional’ disciplines are merging.

26:03 Keeping up to date with SEO changes and trends is a daily practice.

27:09 Influence… not Influencers. Rand’s presentation on why the current field of influencer marketing is too narrow.

31:58 Rand’s advice on building a brand in an era of where we’re up against the search and social algorithms.

34:44 Influencer marketing in the B2B space.

39:15 The algorithmic censorship of reach.

42:50 The one book Rand recommends everyone should read. 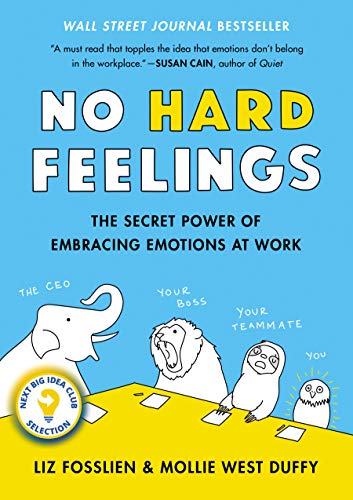 No Hard Feelings: The Secret Power of Embracing Emotions at Work
View on Amazon