One thing that fascinates me about old philosophy is how relevant it still is today. Marcus Aurelius’s Meditations, written over 2,000 years ago, is a classic example of timeless wisdom. Read it now and the advice given could have been written yesterday, not in 180 AD.

Human nature does not change. We like to think we’re more advanced than previous generations but when it comes to the human condition our evolutionary blueprint is the same.

I bought Arthur Schopenhauer’s Essays and Aphorisms (Penguin Classics) a couple of weeks ago and it is full with chunks of wisdom on how to live a life.

It’s a condensed view of many of the German philosopher’s perspective on a range of topics, from religion to suffering to women. Like Meditations, it overflows with wisdom that remains relevant (if not more) to this today.

Reviewers on Amazon recommend reading Schopenhauer’s classic book, The World as Will and Representation to get the full view of his thoughts. If, like me, you’re new to him then this book is a good introduction. Below are some quotes I’ve pulled out of from it.

Schopenhauer on being present and appreciating life in the moment

“The scenes in our life resemble pictures in a rough mosaic; they are ineffective from close up, and have to be viewed from a distance if they are to seem beautiful. That is why to attain something desired is to discover how vain it is; and why, though we live all our lives in expectation of better things, we often at the same time long regretfully for what is past.

“The present, on the other hand, is regarded as something quite temporary and serving as the only road to our goal. That is why most men discover when they look back on their life that they have been living the whole time ad interim, and are surprised to see that which they let go by so unregarded and unenjoyed was precisely their life, was precisely that in expectation of which they lived.”

On living your own truth and thinking for yourself

“Fundamentally it is only our own basic thoughts that possess truth and life, for only these do we really understand through and through. The thoughts of another that we have read are crumbs from another’s table, the cast-off clothes of an unfamiliar guest.”

“People who pass their lives in reading and acquire their wisdom from books are like those who learn about a country from travel descriptions: they can impart information about a great number of things, but at bottom they possess no connected, clear, thorough knowledge of what a country is like.

“On the other hand people who pass their lives in thinking are like those who have visited the country themselves: they alone are really familiar with it, possess connected knowledge of it and are truly at home in it.”

On powerful writing and communication

“There are very many thoughts which have value for him who thinks them, but only a few of them possess the power of engaging the interest of a reader after they have been written down.”

On the power of creativity and storytelling to influence others

“The poet presents the imagination with images from life and human characters and situations, sets them all in motion and leaves it to the beholder to let these images take his thoughts as far as his mental powers will permit. That is why he is able to engage men of the most differing capabilities, indeed fools and sages together.”

On money not being able to bring genuine happiness

“Money is human happiness in abstracto; consequently he who is no longer capable of happiness in concreto sets his whole heart on money.”

On comparing yourselves to other people (especially in social media)

“States of human happiness and good fortune can, as a rule, be compared with certain groups of trees: seen from a distance they look beautiful, but if you go up to and into them their beauty disappears and you can no longer discover it. That is why we often feel envy for other people.”

On not judging someone by their lowest point

“To estimate a genius you should not take the mistakes in his productions or his weaker works, but those works in which he excels. For even in the realm of intellect, weakness and absurdity cleave so firmly to human nature that even the most brilliant mind is not always entirely free of them.”

“The dog is rightly the symbol of loyalty: in the plant-world however, it should be the fir-tree. For it alone abides with us through bad times as well as good; it does not desert us when the sun does, like all other trees, plants, birds and insects – to return only when the sky above us is blue again.”

On investing in yourself and taking the long view

“Once when I was collecting specimens under an oak-tree I found, among the other plants and weeds, and of the same size as they, a plant of a dark colour with contracted leaves and a straight, rigid stalk. When I made to touch it, it said in a firm voice: ‘Let me alone! I am no weed for your herbarium, like these others to whom nature has given a bare year of life. My life is measured in centuries: I am a little oak-tree.’ – Thus does he whose influence is to be felt across the centuries stand, as a child, as a youth, often still as a man, indeed as a living creature as such, apparently like the rest and as insignificant as they. But just give him time and, with time, those who know how to recognise him. He will not die like the rest.” 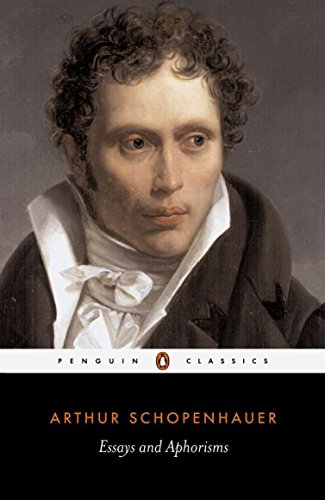