The Power of Glamour: Longing and the Art of Visual Persuasion is not your everyday book on the topic of glamour.

It’s a book that does not idolise glamour. Nor does it idolise the people, places and things that we so often think of as glamorous.

It’s a must-read for anyone who either aspires to understand glamour, create it or indeed avoid its persuasive allure.

In fact, glamour has immense power.

It can make people move from one corner of the earth to another; entice young men to go into war; cause college students to choose one career over another and make us buy things we don’t actually need.

Glamour is indeed a form of status and a part of the social status game.

Glamour makes us long for something that is not real. The longing is deep within us. Sometimes it’s for escape and other times through inadequacy.

The Power of Glamour goes deep and looks at the mesmerising and persuasive effects glamour has had on the world over the century. Although glamour itself is much older than that.

The author is Virginia Postrel who has quite clearly thought in great depth about the power of glamour and its persuave allure it has over us.

The book is in three distinct parts:

Each part contains chapters which Postrel uses to dive into, in great depth, what glamour is and how it impacts the world.

How does one create glamour? According to the book the formula is thus;

It’s important to understand what glamour is and, as Postrel points out, what it is not.

Glamour is not style, celebrity and fame but has an association with charisma, romance, elegance, spectacle and sex appeal.

So what is glamour? Postrel’s own definition is;

“Glamour is a form of nonverbal rhetoric, which moves and persuades not through words but through images, concepts, and totems.

“By binding image and desire, glamour gives us pleasure, even as it heightens our yearning. It leads us to feel that the life we dream of exists, and to desire it even more.”

The nature of glamour, Postrel says, is not a product or style but a form of communication and persuasion.

It is subjective and it must be judged by the audience reaction and not a critic’s taste.

Glamour is also fragile because people’s tastes change. To make the point Postrel discusses how pilots in the early part of the 20th century were revered as the epitome of glamour.

Whether it was a WWI flying ace for the Royal Air Force or Charles Lindbergh’s 1927 solo flight from New York to Paris, the aviator was deemed glamorous. Contrast with today, a commercial pilot or indeed an air force pilot are not held in such high esteem.

Chances are most people believe glamour is associated with fashion and celebrity but this is a narrow way of looking at it.

Glamour is far more reaching, influential and persuasive. It impacts places we travel to, where we live, the things we buy and even the career paths we take.

“From the cub reporters imagining themselves as the Woodward and Bernstein of All the President’s Men to the forensic science students inspired by CSI: Crime Scene Investigation, young people flock to careers made suddenly glamorous by dramas that highlight professions’ importance and downplay their tedium.”

But glamour is an illusion, as Postrel points out throughout the book. Glamour is the idealised version of something or someone.

It excludes nuances, faults and all the other imperfections that make real life actually real. It obscures the difficulties and distracting details of life as we actually live it.

Glamour makes the difficult seem easy. The high heels never pinch; the sports car never gets stuck in traffic; the star never has a runny nose or a bad hair day.

Again, this is not about celebrity. Glamour icons are not just people but places, things, concepts and characters, and Postrel gives examples of them throughout the book.

California, the golden state, is a glamour icon. People flock there on the promise of success, palm trees, surfboards, Hollywood and, in recent times, Silicon Valley. The glamour doesn’t show them the traffic jams and fiscal crises.

Other past and present examples of icons include the aviator, smoking, superheroes and wireless rooms.

Be mysterious to be glamorous

The fastest way to look glamorous is to put on sunglasses according to the book. Postrel says the right shades instantly associate even the most ordinary face with movie stars, ski resorts and beach vacations.

Wearing sunglasses and glamour works on a deeper level than association with iconic people. The lenses covering the eyes create mystery which is an essential element for creating glamour.

Every object of glamour is in some way mysterious to the viewer. Wearing sunglasses hide emotion and create an impression of coolness and detachment. “The less we know of the person behind the persona, the more we can fill in the gaps with our own yearning.”

Charisma is different to glamour and the book makes the distinction between the two. Glamour’s cool vs charisma’s warmth; distant vs personal; admiration vs loyalty; sales vs leadership; still photo vs live performance.

If you’re mysterious (as glamour is) you can’t be charismatic. The book points out only a few gifted leaders like Mandella, Reagan and Jobs have had both.

How has glamour shaped history?

A lot, actually. Glamour isn’t a Hollywood invention. In fact, glamour was not invented but evolved along with human minds and culture.

“Once its usefulness was discovered, however, glamour, like an agricultural plant, was tended and strengthened through deliberate action. That’s why so many people assume glamour must have originated with Hollywood producers, New York ad men, or Parisian courtesans; although these figures did not invent glamour, they did effectively cultivate it.”

Glamour is an ancient phenomenon. You can trace it back to Greek mythology to medieval times through the story of the warrior and the beauty.

The Power of Glamour is a powerful book

Read this book and you will realise how much the illusionary power of glamour impacts your thoughts and actions.

Growing up I would watch a lot of Hollywood films and many of which were set in New York. Films like New Jack City, A Bronx Tale, Ghostbusters and Home Alone II shaped parts of my childhood.

My first time in New York I felt a sense of disappointment. Don’t get me wrong, New York is a great city, almost as good as London, but the perception in my mind from the media was different to the reality.

I like many others was fed the glamorous and idealised New York, not the day-to-day normal version.

Another thing that struck me reading the book is how much glamour is used in social media and especially Instagram in modern times.

Creating glamorous images has never been easier thanks to modern technology and ease of travel.

If glamour is so easy to create and consume what kind of impact will this have on society as a whole?

If your goal is to win hearts and minds then The Power of Glamour is for you.

When it comes to engaging people in a relatable way charisma trumps glamour almost all the time.

Glamour still wields extraordinary persuasion, however. It’s what got Obama into the White House but he lacked the charisma, according to the book, once he was president.

If you’re trying to win hearts and minds for a cause or movement consider using the different but complementary strategies of both charisma and glamour.

Glamour is a form of persuasion that is not only invisible but is iconic and often long-lasting. It should be understood, and thus this book should be read, by anyone who is looking to achieve power and influence. Or indeed avoid it. 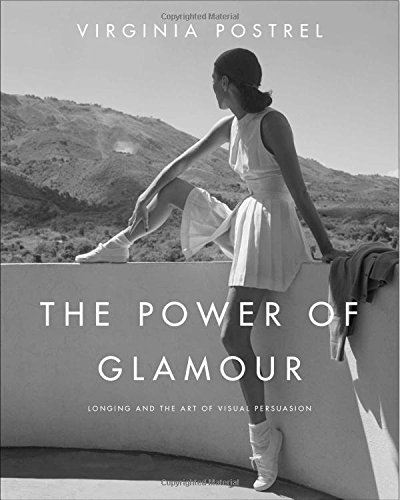 The Power of Glamour: Longing and the Art of Visual Persuasion
View on Amazon