Which are the best protein bars in the UK?

Which has the best taste, most nutritional value and come at the right price?

This is a review of the best protein bars you can buy in the UK. We looked at the six leading brands and their best selling protein bars to see how they compare.

The ranking factors in this protein bar review include:

The protein bars we reviewed are:

Who are protein bars designed for?

Protein bars as a nutritional supplement were once solely used by bodybuilders and weightlifters looking for a quick post-workout fix and an extra source of protein.

While that’s still the case, more and more people are seeing the benefits to including protein bars as part of their nutritional intake.

There are now many more protein bar options available in the UK and the list is growing as they’re more convenient than using protein shakes.

For example, you can find protein bars for weight loss, bulking up, meal replacement and building muscle

The protein industry in the UK and around the world is a saturated market. There are literally hundreds of different brands selling an array of proteins in different sources, flavours and products.

Some protein bars are better than others, however.

What makes a good protein bar?

As stated above, it depends on what your health goals are and also what you’re looking for in a protein bar.

Some people prefer to have a low calorie, low carb, low sugar and low-fat protein bar. Whereas some people want a protein bar with as many macronutrients and calories in as possible.

Some people want to save on price whereas others don’t mind paying a premium price for the highest quality product.

Why do we need protein?

If you’re reading this article it’s likely you’ll have a good grasp of why we need protein but as a recap:

Protein is said to be the building blocks of life and every cell in your body contains it.

When you exert the body through sports, lifting or another form of physical exercise your muscles are damaged. A bodybuilder intentionally damages the muscle in order for it to grow and repair itself stronger. Someone playing sports doesn’t intentionally damage their muscle though it does happen regularly.

In both cases, protein is needed for the repair process as it allows your body to repair cells and create new ones.

About this best protein bar comparison

Price-per-bar the Grenade Carb Killa is the second most expensive to buy at current time of writing. But with 38.7g of protein per 100g, it contains the most protein out of all the group we tested. 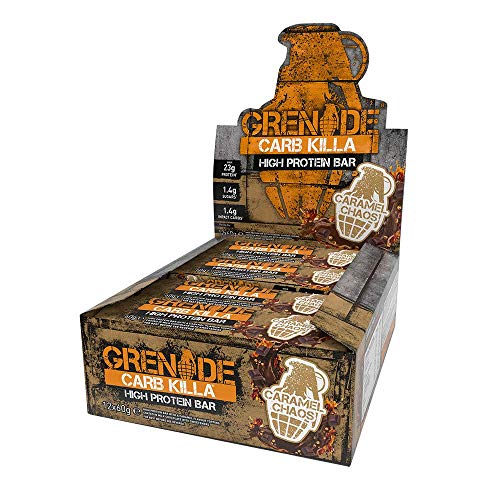 At 75g per bar, the PhD protein flapjack is the biggest bar from the group. Despite this, it also has the least amount of protein with 25g per 100g.

With 47g of carbs and only 2.6g of sugar per 100g, the PhD flapjack is useful for those who are looking for a bar that provides energy as well as protein.

Taste wise it scored fairly well. Compare it to an actual sugar-filled unhealthy flapjack and the taste may disappoint you but on the whole, the group thought it was palatable.

At time of writing, the PhD flapjack is the least expensive of the group so could be for those on a budget. 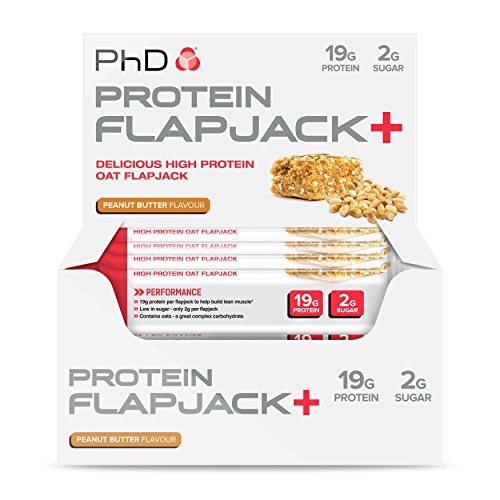 The USN Protein Delite is the smallest bar out of the group but on a per 100g basis it also contains by far the most calories.

It also contains the highest amount of fat and saturates, plus it has the second highest carbohydrate and sugar content.

Price-wise, it comes in at around midrange of the group. Taste-wise, it’s less dry than all the other bars thought it may taste too sweet to some.

Maximuscle is a UK based supplement company which was bought by British pharmaceutical giant, GSK in 2010. In other words, Maximuscle’s guarantee of quality ingredients is backed by one of the largest companies in the world.

It’s a shame this doesn’t equate to taste, however. The Maximuscle Promax Chocolate Brownie was the worst tasting in the taste test.

The second least expensive among the group, the Maximuscle Promax could be for those who are looking to keep costs at a minimum.

Good for: Low price and quality peace of mind.

Quest Nutrition is a US company which began selling Quest bars in 2010. The company prides itself on quality which is reflected in the price.

The Quest bar is the most expensive out of the group. Taste-wise, it scored second best among the group.

That said, it has the lowest carb and sugar content among the group by far. Useful for those who are trying to cut carbs. It is also gluten free so suitable for celiacs and people who are gluten intolerant.

With 34g of protein per 100g, it is joint second in protein content. 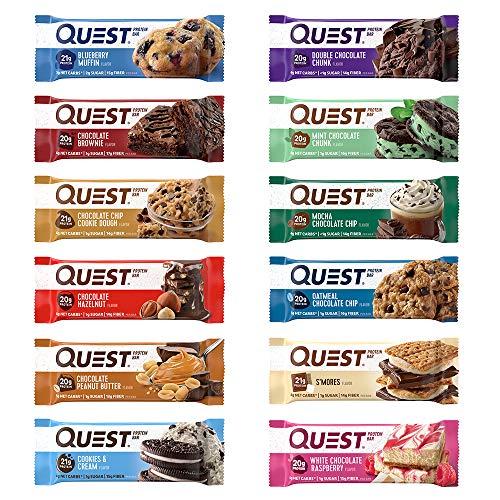 The PowerBar Chocolate is a decent all-rounder. It is low in fat and saturates, has an average amount of carbs and includes 31g of protein per 100g.

Where it lets itself down, however, is in it sugar content. Of the 31g of carbs, 29g of which are sugar. That is a lot! Taste wise it didn’t fare too well either with reports of it being too sickly tasting (possibly all the sugar).

Good for: Low in fat and saturates. 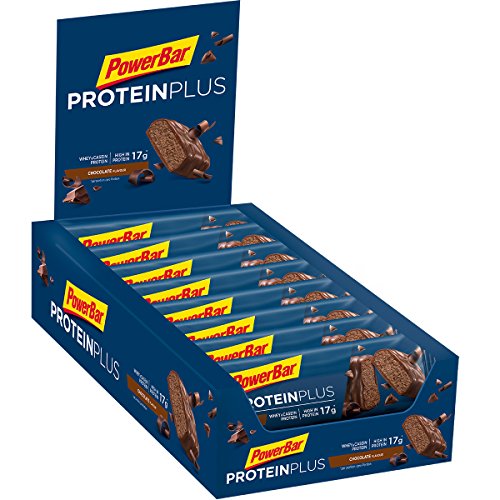 And the best protein bar in the UK is?

The Grenade Carb Killa is our favourite UK protein bar because of its great taste and high protein content. If you’re eating something regularly then it’s important you enjoy the taste or you’ll get sick of eating fairly soon.

For us, the Grenade Carb Killa was like eating a standard chocolate bar. It tastes great, there is no lagging after-taste and it feels like you’re eating a treat as opposed to feeding your body with protein.

If you’re on a budget and don’t mind eating carbs, our second choice is the PhD protein flapjack as it’s great value for money.